The objectives of ICAO PANS-OPS (Doc 8168) are to describe the essential areas and obstacle clearance requirements for the achievement of safe, regular instrument flight operations. With this document it is possible to either design instrumental flight procedures that ensure safe operations or determine if an obstacle is allowed to infringe an

ICAO Annex 14 obstacle limitation surface and still ensure safe operations. Our staff is trained in PANS-OPS Flight Procedure Design and can perform such aeronautical studies for your airport and surroundings. Along the years, we have gained extensive experience.

Obstacle Limitation Surfaces (OLS) are in effect in the vicinity of airports. Furthermore, there are Building Restricted Areas (BRA) around the communication, navigation and surveillance (CNS) facilities. High obstacles in the surroundings, such as wind turbines, ATC tower, Hangar(s), buildings or pylons, can interfere with these surfaces. Obstacles lower than these surfaces are allowed, in certain situations/locations penetrating obstacles may be allowed. We can perform an assessment of the height of these objects in respect to the surfaces and analyse risk with infringements.

Conventional navigation needs a ground infrastructure with navigation aids (VOR, NDB, DME) and causes the aircraft to overfly these aids, therefore causing inefficiency by using a longer flightpath. On-board Area Navigation (RNAV) or Required Navigation Performance (RNP) system are becoming more and more in use to improve the inefficiency. The Performance based navigation (PBN) concept specifies that these RNAV and RNP system meet performance requirements in terms of accuracy, integrity, availability and continuity. Ground-based navigation is increasingly being replaced by satellite-based navigation, like Global Navigation Satellite Systems (GNSS). GNSS can have 3 forms of augmentation systems: ABAS (Aircraft-Based Augmentation Systems), SBAS (Satellite-Based Augmentation Systems) or GBAS (Ground-Based Augmentation Systems). We have experience with the Performance Based Navigation (PBN) concept and we apply this, for example, to reduce the noise nuisance around the airports by optimizing routes and improving predictable flight paths. Increasing capability of airports by satellite-based instrument approach procedure is also possible. 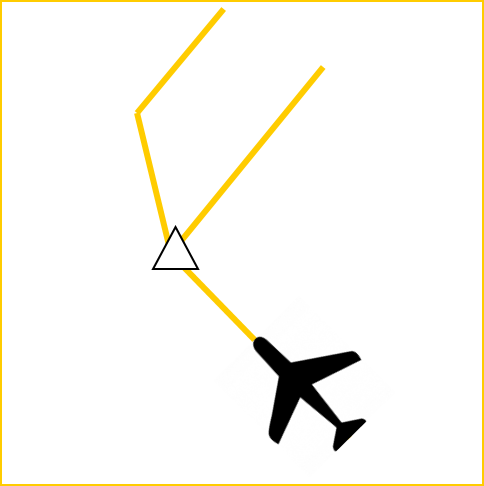